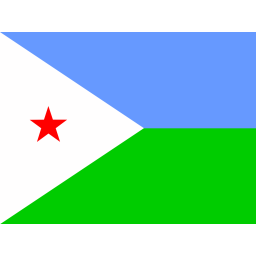 AHA expanded its operational footprint in the Republic of Djibouti in 2015 to respond to the influx of refugees from Yemen. AHA’s intervention in the country focused on the physical, mental, and reproductive health of refugees as well as their nutritional well-being and HIV/AIDS prevention and care. AHA emphasised efforts on reducing malnutrition and anaemia which included awareness education and communication to enable a change in behaviour in nutrition and hygiene.

In collaboration with UN and other entities operational in Djibouti, AHA was engaged in establishing a response plan for emergencies taking charge of health and nutrition interventions.

AHA Djibouti provided services for over 25,744 refugees and asylum seekers in the years it was operational. AHA run a three 24 hour clinics in Ali Addeh refugee camp; Holl refugee camp; Markazi refugee camp and one outpatient clinic for urban refugees in Djibouti Ville.

To maximize the impact and sustainability of AHA’s work, AHA periodically provided trainings for national staff and refugee volunteers. Trainings for the health center staffs focused on enhancing staff capacity to adapt and manage goals, become familiar with the resources deployed namely priority pathologies, national protocols, goods and drugs. Furthermore, the AHA personnel participated in various capacity building programs organized by the Ministry of Health and other operational partners in the camps, namely: WFP, UNICEF, ONARS, and UNHCR.

Help the efforts to Serve, Educate and Empower by Sending Funds

volunteer
Serve, Educate and Empower by joining the team on the ground
Partner
Impact the AHA efforts with your organization

Explore our stay in through pictures

Explore updates from the field, testimonials and events

AHA’s 25th Anniversary highlights : The role of African NGOs and civil society in the search for durable solutions for forced displacement in the continent

03 October 2019, Addis Ababa, Ethiopia Africa Humanitarian Action (AHA) is proud to announce that it will mark its 25

Beating the drum against Malaria: Ending Malaria for good begins at home

WHO designated April, 25th as World Malaria Day (WMD), since 2007, to enforce countries to take the opportunity to improve mass

International women’s day was celebrated in Osire Refugee settlement located in Namibia on the 8th of March 2017th, the theme

Stay up-to-date on stories from the field, news, events, and program updates by joining our mailing list.